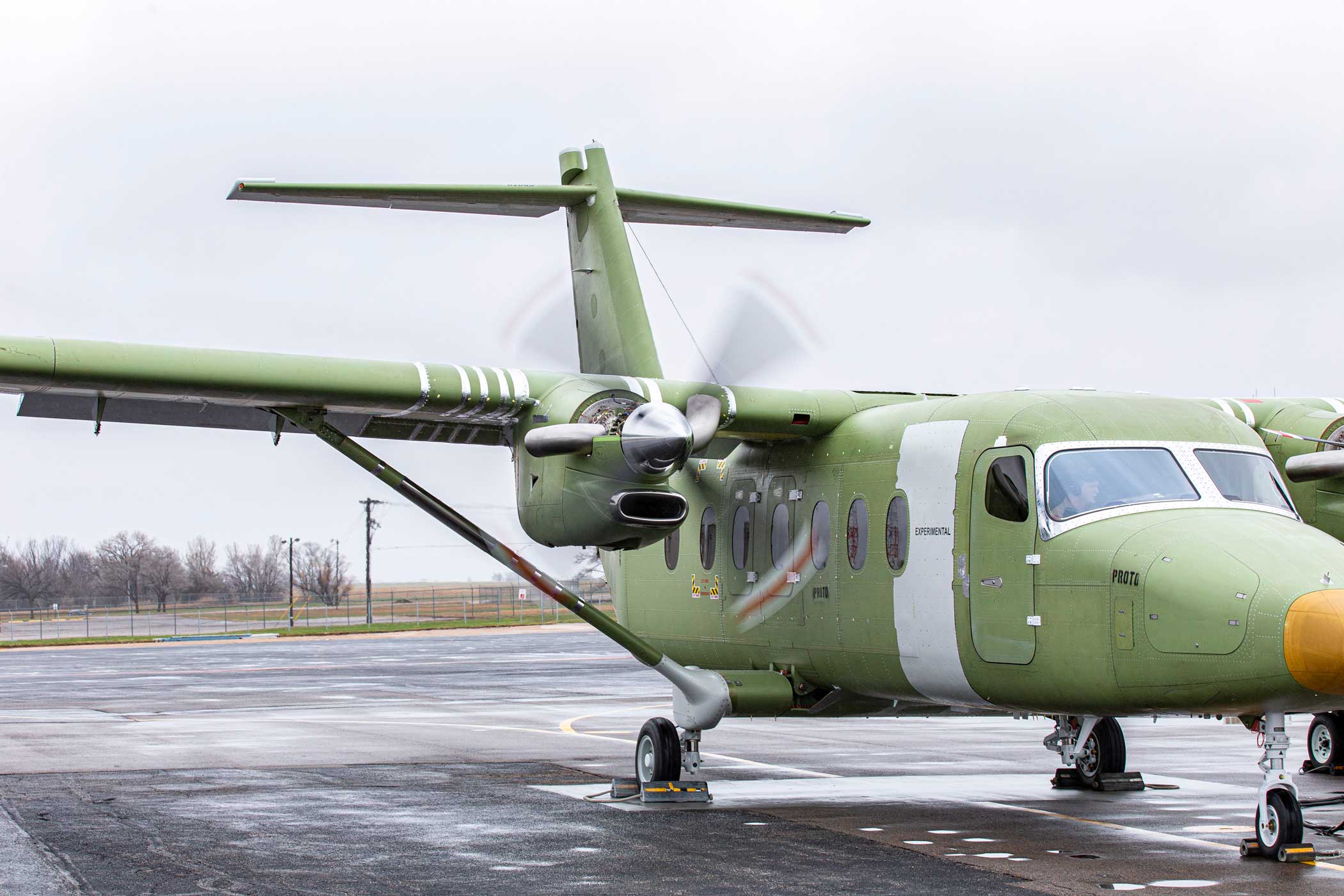 Textron Aviation reached a major milestone in its Cessna SkyCourier development program with the successful completion of initial ground engine tests on its prototype airplane. The ground tests verified the functionality of the utility twin’s fuel system and two Pratt & Whitney PT6A-65SC engines, as well as the interface with the avionics and electrical systems.

“The successful engine run tests are a pivotal step toward proving the maturity of the aircraft and its systems as we prepare for first flight,” Textron Aviation senior v-p of programs and engineering Chris Hearne said today. “We continue to meet each important milestone in our development schedule, and we look forward to having an outstanding aircraft for our customers.”

Officials of the Wichita-based airframer said the development program continues to advance with the assembly of five additional flight and ground test aircraft. Wings were successfully mated to the prototype in December, followed by a powering of its electrical system in January and tail assembly attachment in February. To be offered in configurations as a 6,000-pound freighter, a 19-passenger transport, or as a combination passenger/freighter version, FedEx is the launch customer for the SkyCourier, with 50 firm orders for the airplane and options for 50 more. It will have a maximum cruise speed of 200 ktas and 900-nm range.