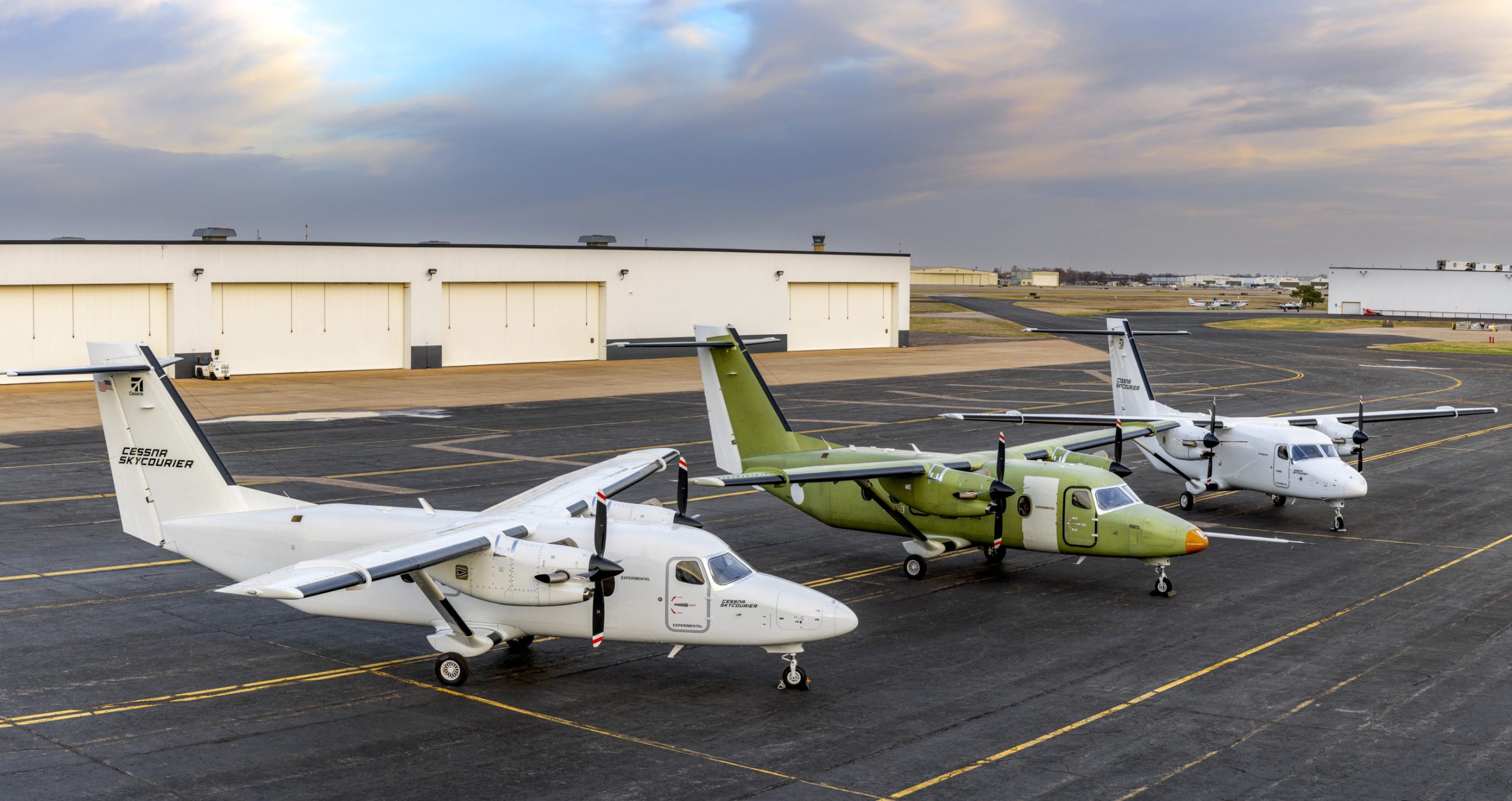 The fleet of three flight test aircraft has now completed more than 700 flight test hours, and the program continues toward FAA certification and first deliveries later this year.

Since the third aircraft joined the flight test program in late 2020, the Cessna SkyCourier team has gained momentum through several substantial accomplishments that include:

“The SkyCourier was designed to fulfill a need in the marketplace for a flexible, reliable, high-utilization aircraft for customers around the world, and its versatility makes it a great fit for a wide range of operations,” said Chris Hearne, senior vice president, Engineering & Programs. “The aircraft has performed exceptionally well through every phase of testing, and we’re pleased by its progress. With the start of certification flight test phase, we are entering one of the most important phases of the SkyCourier program, and I’m confident in our highly skilled team and the outstanding abilities of this aircraft.” 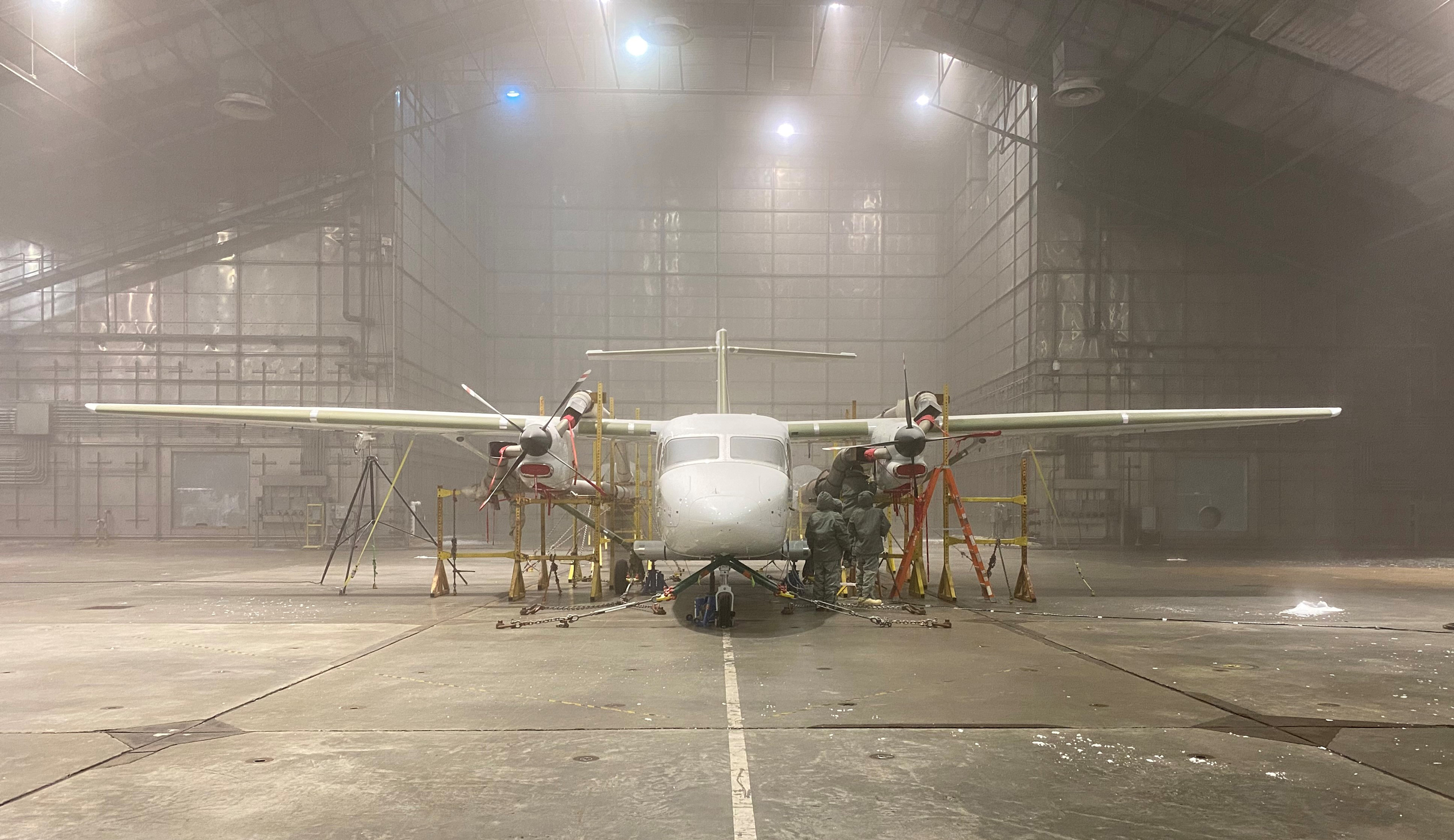 Production final assembly for the SkyCourier begins this month on the company’s east campus in Wichita. State-of-the-art tooling, including high-speed machining, has been developed for the aircraft’s assembly. “We’re excited to manufacture another revolutionary product for our customers,” said Brad White, senior vice president, Operations. “Everything with the Cessna SkyCourier tooling is brand new and designed and produced in house. Our production team has made final preparations to the process, focusing on every step to ensure assembly is completed with great efficiency and excellent quality.”

The Cessna SkyCourier aircraft will be offered in two configurations including a 6,000-pound payload capable freighter and a 19-seat passenger version, all based on the common platform. The Cessna SkyCourier aircraft will deliver a combination of robust performance and lower operating costs. The aircraft will include single-point pressure refueling as standard to enable faster turnarounds. The aircraft features the popular Garmin G1000 NXi avionics suite and offers highlights such as a maximum cruise speed of up to 200 ktas and a maximum range of 900 nm.

Sergio Bio
Head of Region – Southern Africa & Leonardo Board Director
Sergio has been leading the business activities for Leonardo Helicopters in Southern Africa, as Head of Region – Southern Africa, since the end of 2018.
He also serves as a Director of Leonardo South Africa, after the full acquisition of PAS by Leonardo International in 2020.
Sergio joined Leonardo Helicopters (previously AgustaWestland) in 2010 in the Product Marketing department, where he spent three years supporting AW products and promoting them cross-segment and cross-geography.
He then relocated to Shanghai, China as Regional Sales Manager, supporting the great expansion of Leonardo Helicopters’ activities in the region.
Sergio holds a BSc. in Aerospace Engineering from Politecnico di Milano (Italy)  and a MSc. in Aerospace Engineering from Delft University of Technology (The Netherlands).
He then rounded his management and financial skills off thanks to a Masters in Management from LIUC university (Italy) and a Masters in Air Transport Management from Cranfield University (UK).